Sex worker Toma, 14, is seen at brothel, July 4, 2007 in Faridpur, Bangladesh. She was the most beautiful girl in her village and family was afraid that she was going to be gang raped by village boys. "All the boys in the village wanted her for free. Instead of giving her out for free, we decided to take her to brothel so that she can make money out of it." says her sister, who is also a sex worker. She took Toma to brothel about a year ago.
The majority of the 20,000 to 30,000 female sex workers in Bangladesh are victims of trafficking.
Once they enter the brothel, usually before the age of 12, they are generally in for life because of social stigma and poverty. 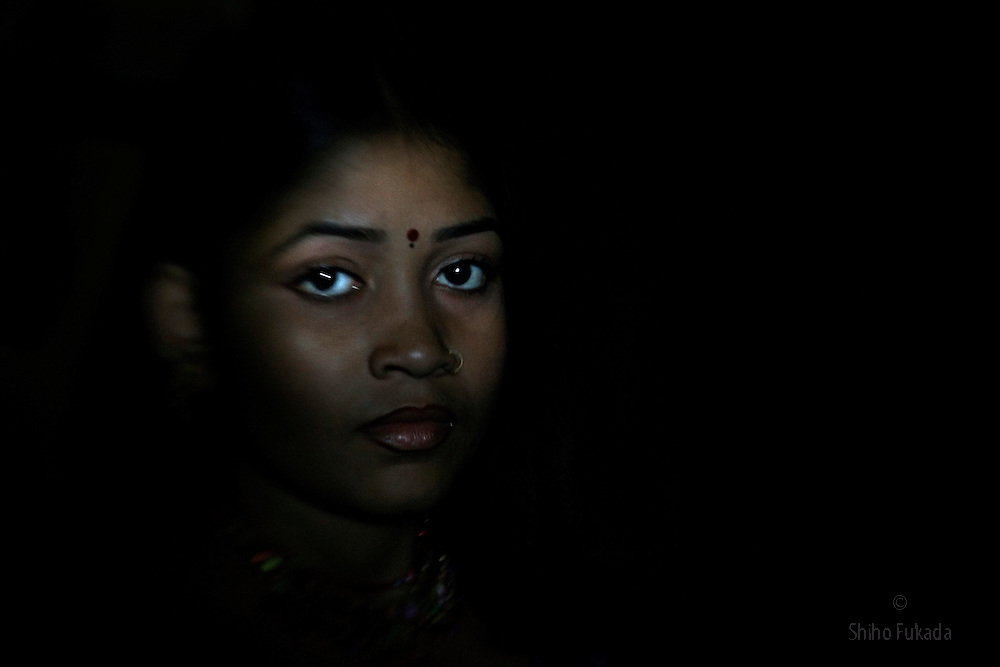