Losing a child has been described as the worst kind of loss anyone could possibly go through. In the May 12, 2008 earthquake that struck China’s Sichuan Province, nearly 70,000 people were killed, with many thousands more missing and likely dead. Among them, at least 9,000 of them were schoolchildren who were crushed to death by falling school buildings.
Why did so many schools collapse? Victims of family, most of them are farmers and migrant workers, suspect corruption was behind these poorly built schools, known as "tofu construction.” The government promised further investigation initially but later most of the parents were forced to sign the agreement that they will accept money and will not further hold govenment accountable for further investigation.
Yu Ming Fa, 36, holding a picture of his daughter Yu Huan, 10, is seen at a rabbit house at Fuxin No.2 Primary School in Wufu, Sichuan province. Yu is angry about a rabbit house. "School can feed rabbits to make money. It pays more attention to rabbit business than safety of children.” 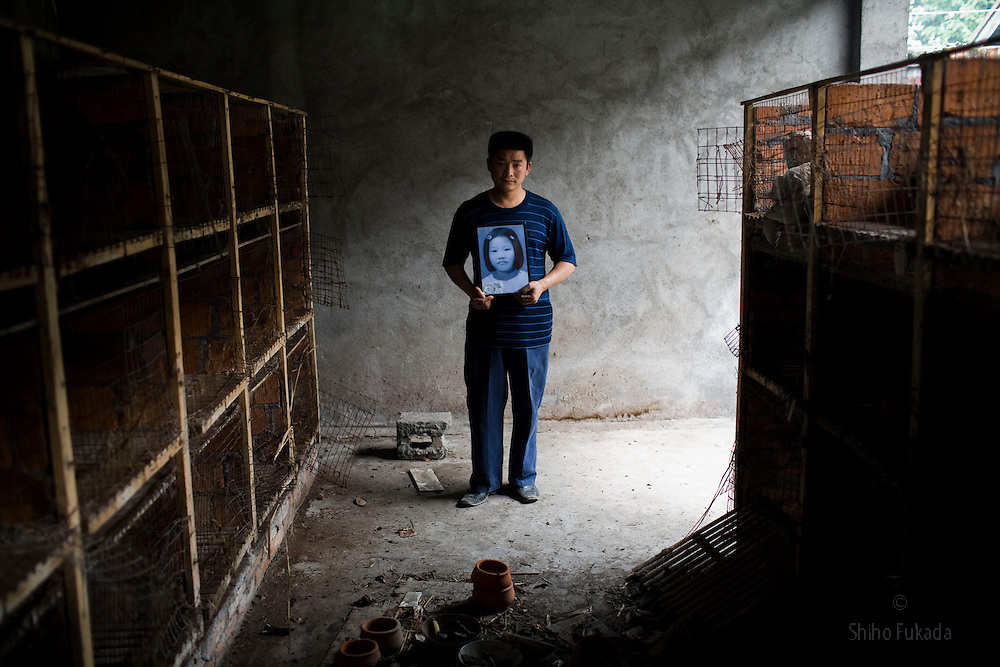